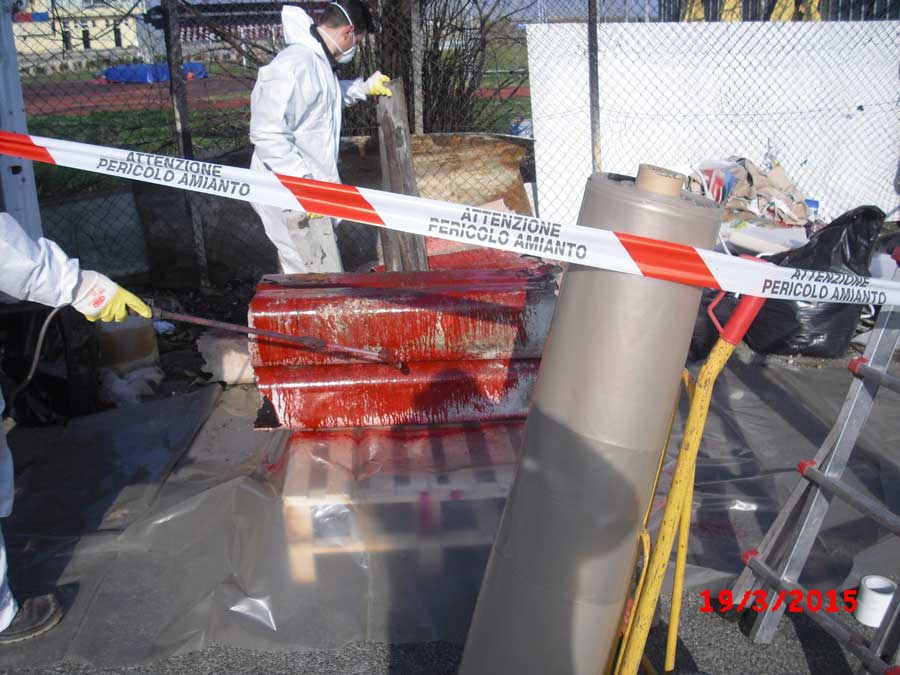 Despite the fact that the production and installation of asbestos has been prohibited since 1992 (Law No. 257 of 27 March 1992), it is still widely present in Italy. The ONA (National Asbestos Observatory) estimates a presence on the national territory of 40 million tons of materials containing asbestos yet to be reclaimed and disposed of.

1) Removal of asbestos materials
This is the most dangerous procedure for qualified operators, but it is also the most widespread, because it eliminates all potential sources of exposure, both to humans and to the surrounding environment.

2) Encapsulation
This involves treating asbestos with penetrating or covering products that tend to encapsulate the asbestos fibres and form a protective film on the exposed surface.

3) Confinement
This consists of installing a tight barrier separating the asbestos from other areas of the building. Usually associated with an encapsulating treatment, otherwise there is a risk that the release of fibres will continue within the confinement.